Last month I finished an article describing the handful of Seattle’s drive-in markets. They may have been Seattle’s first buildings designed to engage automobiles — other than garages, the first car architecture. Here’s how I described them:

Part super service station and part public market, drive-in markets were the first building type to interface with off-street parking in the way of a strip mall. They also resembled strip malls because of their lack of chain identity, and due to the number of independent vendors that leased space. But they were public markets, so sellers each represented one of the business types we are used to seeing at the Pike Place Market: meat, dairy, fruits, vegetables, seafood, groceries, baked goods and other food items. They were all in an open space with vendors shoulder to shoulder.

I hoped to get my hands on clear photos of the buildings themselves. And my hopes were fulfilled! Click through each of these images to find the full-sized scan that I purchased from the Washington State Archives. 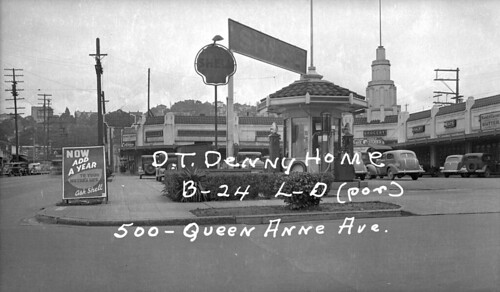 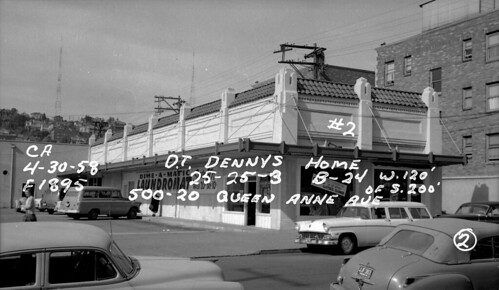 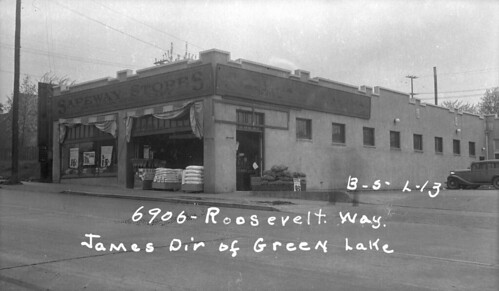 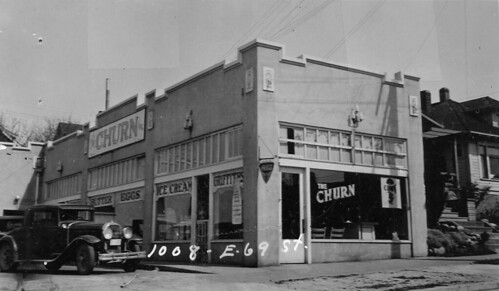 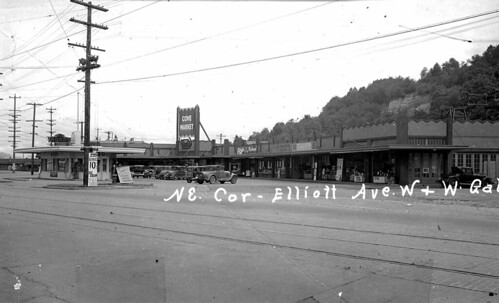 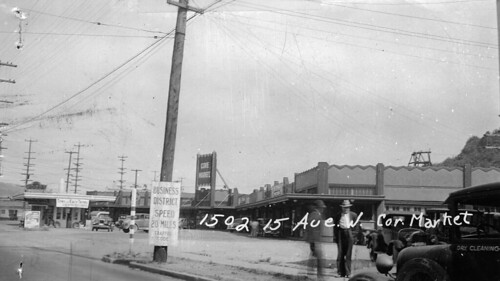 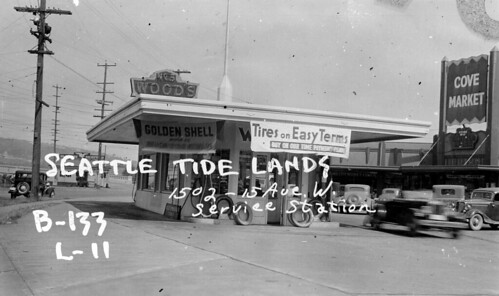 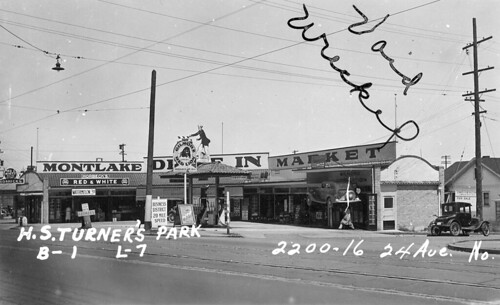 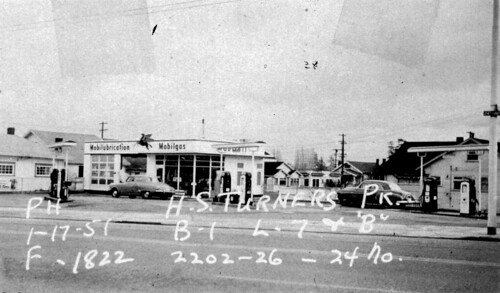 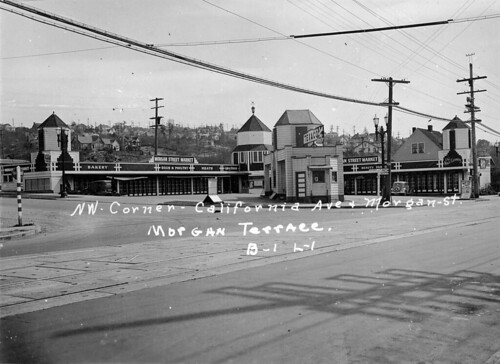 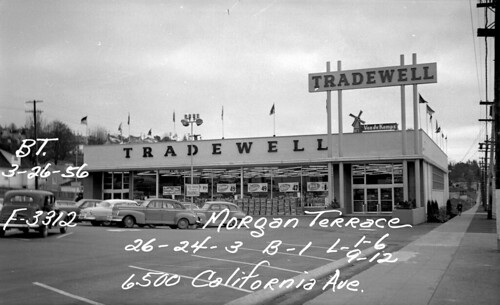 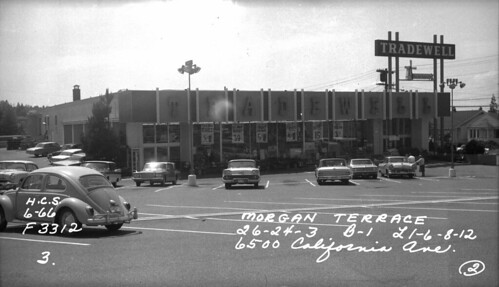 Each of these markets is fully described in my Seattle drive-in markets article.

I need to again thank Professor Richard Longstreth for his fantastic book “The Drive-In, the Supermarket, and the Transformation of Commercial Space in Los Angeles, 1914-1941“.

I gave a talk on the Morgan Street Drive-In Market on March 20, 2016 at the High Point library for the Southwest Historical Society. You can watch it here.

I’ve been writing a surprising amount over the last couple of years about Seattle’s early 1900s groceries. Here’s a list of links: