Almost a year ago I wrote a long history of Broadway Market in Seattle’s Capitol Hill neighborhood, which ran in Capitol Hill Seattle blog. Because of its length I decided not to include a number of scans of 1927 blueprints by architect Charles Haynes that I found at the Seattle Department of Planning and Development (since renamed Department of Construction and Inspections). Here they are for your enjoyment.

Here’s what I had to say about Haynes and his market design:

Towards the end of 1927, [Arthur] Gerbel hired architect Charles Haynes to draw up plans for the market. In mid-January 1928 Gerbel formed Broadway Central Market, Inc., with R. M. Kinnear and Henry A. Beck as officers.

The three signed a 99-year lease with [property owners Claude] Jensen and [John] von Herberg at the end of February and Haynes began overseeing construction of Broadway Central Market.

Charles Haynes designed so many Seattle buildings in the first few decades of the 1900s that the new edition of Shaping Seattle Architecture gives up and says “many revival style houses, apartment buildings, and commercial projects, including more than one hundred houses in Mount Baker.” Major projects around Capitol Hill included the Roy Vue Apartments, Butterworth Mortuary (now the Pine Box), a building with showroom for Mack Truck at the SE corner of Pike and Broadway (now Frame Central), and Dunlap Apartments (now Emerald Arms), but basically the list is so long that no one has put it together yet. Haynes worked with Gerbel on many projects including the Mack Truck building. 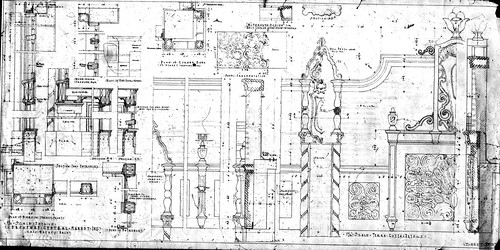 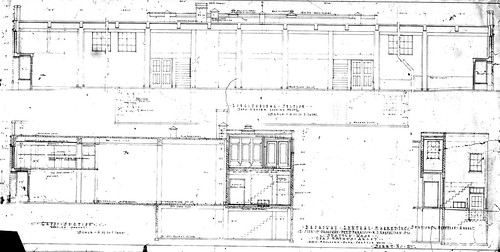 The market has gone through many changes over the years, to adjust to different retail climates and to the continually evolving needs of grocery stores in particular. In the article I chronicled six different unique configurations and eras for the building. How many more will there be?

I’ve been writing a surprising amount over the last couple of years about Seattle’s early 1900s groceries. Here’s a list of links: